This year is the 150th anniversary of the Panguitch, Utah Quilt Walk. My great great great grandfather, Thomas Jefferson Adair was one of the seven men who walked over the mountain in the snow to get food for the new community who were out of food. The snow was so deep that the men sank to their hips as they tried to get over the mountain. It was proving an impossible journey but they had to go to save their families. So they put a quilt down on the snow and knelt on it to offer a prayer asking for help in their desperate journey. After the prayer they realized that they did not sink into the snow while they were on the quilt. So these men used the quilts they had with them in their bedrolls and put a front quilt down as they picked up the last one behind them and walked 20 miles over the 8100 ft mountain to get food and carried it back again they same way. It was truly the answer to their heartfelt prayer.
This year for the 150th anniversary of the quilt walk there will be a commemorative trek. On June 11-13 2014 once again a group will follow in the footsteps of the quilt-walking men 19 miles over the mountain but "without the starvation and waist deep snow". There is a fee but you will be fed, have a support vehicle, entertainment, guides, porta-potties and it's only one way.
If you would like to participate in the trek which will be filmed visit:


A YouTube video about the Quilt Walk and features Thomas Jefferson Adair: 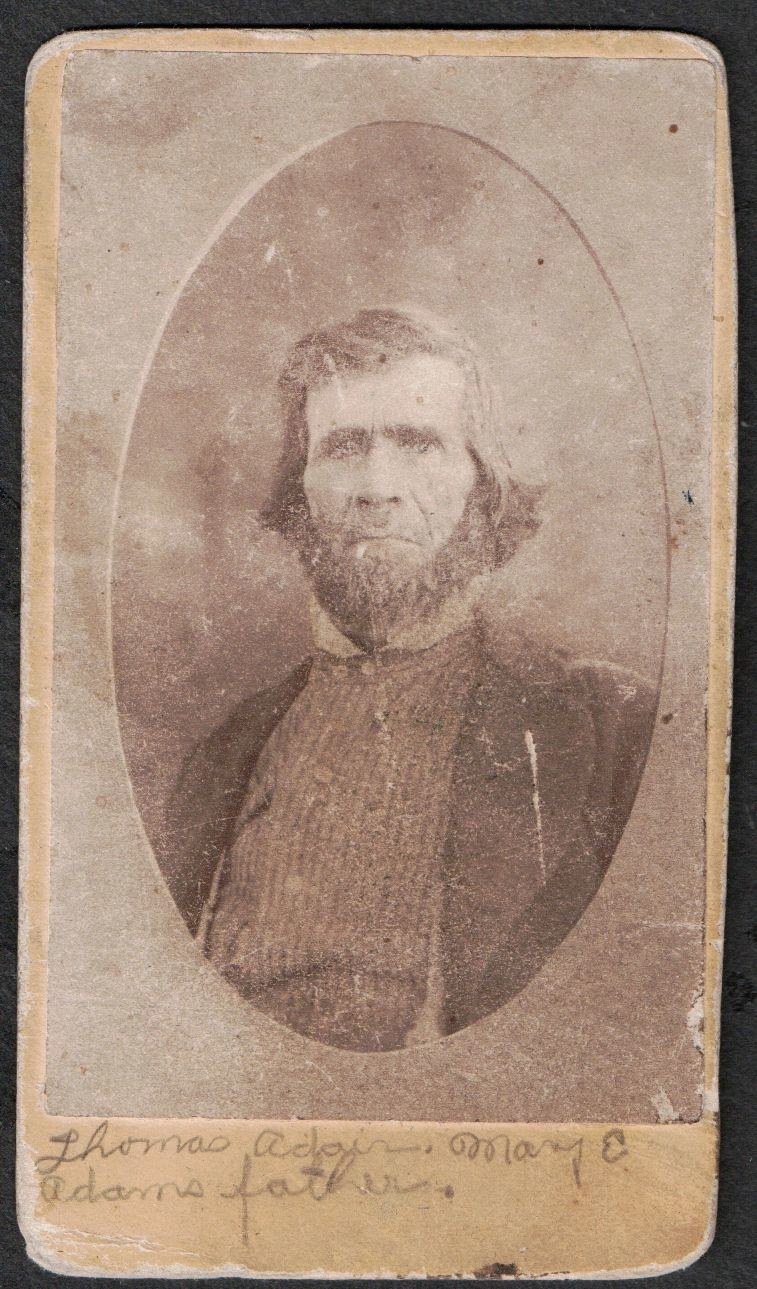 Here is a picture of Thomas Jefferson Adair in his later years:


And a link to a history written by his daughter:

A descendant, Rich Adair is writing a series of letters about Thomas to his children.  I have learned a lot of wonderful new information from Rich's extensive research.
Leave a comment if you are interested in these and I will ask him to forward them.

The Panguitch Quilt Walk History
In 1864 a group of hardy pioneers braved the
mountain snows to save their families from
starvation. This group of men encountered
snows that were impassable. According to their
faith they knelt on a quilt in a prayer circle.
The answer to their prayer was to walk on the
quilts. Thus we honor seven men as the
Panguitch Quilt Walkers. They are Jessie Louder,
Alexander Matheson, William Talbot, Thomas
Jefferson Adair, Thomas Morgan Richards, John
Lowe Butler II, and John Paul Smith.
Commissioned by
The Panguitch Quilt Walk Association

Posted by Cindy Alldredge at 7:48 PM No comments: