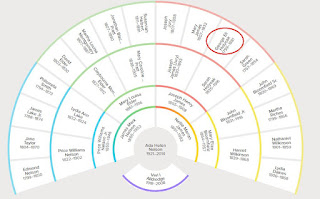 Our family has a rich heritage of pioneer ancestors who were willing to give up all – homes, family and at times even their lives for the gospel of Jesus Christ. This is a history of George Holyoak Sr. who willingly came to Utah from England in 1854 losing his dear wife and two daughters on the journey.

Posted by Cindy Alldredge at 3:46 PM