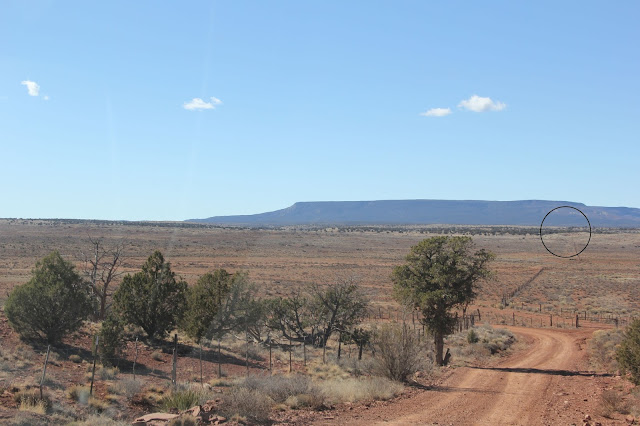 How Verl got to his beloved Arizona Strip
-September 6, 2016 – his birthday anniversary
From excerpts from “Verl I and Ada Helen Nelson Alldredge – This is our Story” by Darlene Larsen and “Life Sketch of Maria Delila Van Leuven Alldredge” (Written by Delila in January 1952)
This is the telling of how Verl got to the Arizona Strip.  Verl’s mother, Delila was the second wife of Isaac (Ike) Alldredge in a polygamist family. His first wife was Annie. The family/families were living in the Mexican colonies and were forced from their homes during the Mexican Revolution in 1912. They had to leave their home, land and everything they owned in Mexico. It was very difficult for the refugees to start over with nothing. They lived many places before Delila and her family were able to settle in Mt. Trumbull.

In 1912, the Alldredge family was driven out of Mexico by the Mexican Revolution. Over the next nine years Delila and her children made their home in several places in Utah and Nevada including Eureka, Aurora, Hinckley, Delta, Abraham, St. Thomas, Kaolin, Mesquite and St. George. In 1913 a son, Lelan Dee was born to the family while in Aurora, Utah.
Isaac took Delila and her children to Eureka to stay with her mother and brother Lafe while he and his first wife, Annie and their children went looking for a farm. Ike was able to lease a grape vineyard in Mesquite, Nevada. Lafe and Ed, Delila’s brothers, drove Delila and her four children to St. George. Her husband, Ike met them there and took them on to Mesquite. The family lived there for a couple of years.
Verl was born to Isaac and Delila while they were living in Mesquite, Nevada on 6 September 1918. He was born in a tent on the west side of the town. Delila was attended by a midwife. Verl’s older sister, Lurie said that her mother was in labor all day and was happy that their father was with them at that time. Delila had a hard time and so did the baby but they both survived the ordeal. Isaac wanted to name the baby, Verl Isaac but Delila wouldn’t agree. So he was named Verl I Alldredge. With just an initial for a middle name.


Ike was discouraged in Mesquite and moved Annie and her family back to Hinckley, Utah hoping to farm there. Delila stayed in Mesquite until February 1919. Verl was five months old when Delila and her family moved to Hinckley by train. They didn’t have a permanent home while there but stayed in the Delta/Hinckley area for two years even living in the blacksmith shop at one point. The family was blessed to survive the worldwide flu epidemic during this time. Verl contracted whooping cough which developed into pneumonia. It was only through a priesthood blessing that his life was spared.
Annie and her children finally moved to St. George while Delila stayed in Delta to cook and do the laundry for Ike and the men who were working at the sugar factory there.
On January 1, 1921 Ike loaded two wagons and headed to St. George with Delila and family. It snowed a foot the night before they started. They were on the road 13 long, hard days. Fifteen-year-old Irvin drove one team and Delila, two-year-old Verl and Lurie rode with him. Nora and Dee rode with their dad. It snowed most of the way and was so cold. When they stopped to cook, Isaac would scrape the snow away and make a circle for a fire and a place for the children to sit. At night he heated rocks, wrapped them in blankets and put them in the wagons where they slept to help keep them warm.
One of the horses pulling Irvin’s wagon slipped on ice going down dugway on the Black Ridge above Bellevue (now Pintura). It scared them all but the horse managed to get its footing and didn’t go over the edge of the ridge. Further down the dugway they arrived in Bellevue (Pintura) and saw the sun shining after all the snowy, icy days. What a happy bunch! The kids got out of the wagons and played in the sand. The family arrived in St. George about the 15th of January.
The older children started school in St. George where they got the measles – except Irvin, who’d had them as a baby in Mexico.  Delila contacted her family who were living 60 miles south of St. George in Mt. Trumbull Arizona. Her parents and brothers moved there while Delila was living in Hinckley. Her sister, Chloe and her family were already living there. Delila’s father, Newman Van Leuven had died there on 14 October 1919. He was the first person buried in the little Mt. Trumbull cemetery. The land for the cemetery was donated by the Van Leuven family.
Delila let her family know that she was in St. George and in March two of her brothers, Lafe and Cornelius came to St. George to see her. They told her about the land in Mt Trumbull and all of the crops they were growing. They had a piece of land picked out for her to homestead if Isaac would let her use his name. Irvin went back to Mt. Trumbull with her brothers at that time. The next month Delila’s brother, Cornelius, came back to St. George and took Delila and her children to Mt. Trumbull on 17 April 1921. She liked it so well that they decided to stay. She did take a homestead and they lived in a little log house made out of posts until they were able to get some lumber and built a 4-room house. Then they made a 2-room cellar and lived in that while the boys made a 5-room and a bath adobe house. Delila and her family lived there until 17 May 1936 and then moved back to St. George because of the water situation. They could not dry farm when the rains stopped during the 1930s.
Mt. Trumbull or “The Strip” was a great place for a boy to grow up and Verl lived there from age two to 17 – his formative years. He loved the Arizona Strip* all of his life. The country was harsh and times were hard, but everyone who lived there was in the same situation and didn’t know anything different. Verl’s sister, Lurie said, “We were all poorer than church mice, but we didn’t know it because everybody was the same.”

*The area was cut off by the Grand Canyon from the rest of Arizona and that is why it is called the Arizona Strip or just “The Strip”.
Posted by Cindy Alldredge at 3:17 PM